For this exhibition Juan delGado travelled to Greece, Macedonia and Calais to record the journeys taken by refugees. delGado has not filmed these ‘invisible’ people but the places they have passed through and the traces of their existence they have left.


The landscape bears witness to the traumas and displacements of the people that move through it. ‘Altered Landscapes’ is an immersive multimedia installation which traces a personal narrative through the scarred vistas of Europe in the midst of the largest mass migration in living memory.

For this exhibition Juan delGado travelled to Greece, Macedonia and Calais to record the journeys taken by refugees. delGado has not filmed these ‘invisible’ people but the places they have passed through and the traces of their existence they have left. In place of the images proliferated by the media delGado presents fragments of experiences and fleeting moments that tell the human story of people caught in the unfolding sweep of history. 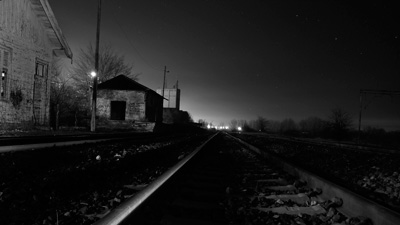 Through the use of video, photography, light and sound, ‘Altered Landscapes’ takes the viewer on a journey. The viewer navigates the different elements in the gallery space absorbing the experiences of the refugees and witnessing the reshaping of the continent as Europe’s horizons fill up with the authoritarian towers of a new militarised border control.

Inspired by the text ‘The Metamorphosis‘ by Czech writer Franz Kafka, and the anxiety ridden B-movie ‘The Incredible shrinking man‘ based in a novel by Richard Matheson from 1956, the project centres on a personal diary from a narrator, a European subject, who is describing how his human identity is gradually eroded, being transformed into something else, as a response to the suffering he is viewing.

These reflections are provoked by the events and debates of the last few years around the refugee crisis and are contextualised in a landscape which is strongly embedded in our collective imagination: Greece with its Acropolis, the ancient citadel of Athens, and the birthplace of the democratic values and culture.

‘Altered Landscapes‘ follows on from Qisetna: Talking Syria, a non-political, cultural project which provides a bilingual, safe space for Syrians, and people with a connection to Syria, to share their stories, in order to present an alternative perspective on Syria.

Events running alongside the exhibition: 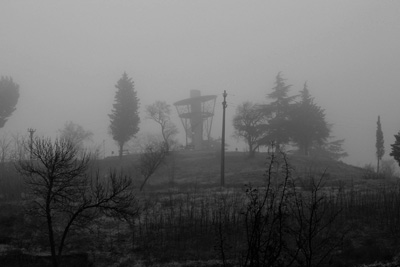 16 April – 14 May: A series of workshops led by Juan delGado and The Paper Project

21 May: A symposium to discuss issues of displacement and migration, exploring how art can catalyse debate around human rights and create a dialogue around these issues. Speakers include Michaela Crimmin (Culture + Conflict), Áine O’Brien (Counterpoint Arts), Saphia Crowther (Amnesty International) and May Abdalla

Juan delGado lives and works in London. He works across a range of media including installation and photography and has produced an extensive body of work that explores themes of trauma, landscape, disability, dislocation and gender.

delGado has exhibited widely including at ARCO’05, Madrid, End of the World Biennial, Argentina, and the 2014 Mardin Biennial, Turkey. He was selected for the 2012 BBC Big Screens programme, in 2013 he was shortlisted for the Jerwood Open Forest exhibition, and in 2014 he was awarded a major project commission by Unlimited that premièred at the Southbank Centre, London.

His work has been supported by many prestigious organisations including the British Council, the Wellcome Trust, Arts Council England, Spanish Ministry of Culture and ArtSchool Palestine. delGado is a filmpro Associate Artist.