The first time I went to a screening of one of Ariadna Fatjó-Vilas’s films was during a festival of short films back in 2007. The film in question, Yours Truly (AKA Head Over Heels) was a short, animated masterpiece which saw Frank and Charlie looking for nothing more and nothing less than love, over eight intense minutes. Her first visual and narrative work ended up winning awards in Chicago, Clermont-Ferrand, IndieLisboa and Hamburg to name just some of the most important festivals in the short-film industry. It was also nominated for a BAFTA and it won a British Animation Award for best animated short film.

It was another couple of years before I found out who had worked on Yours Truly and got to know other films she had worked on. But this, I think, is what defines Ariadna’s career: an editor with an eye for a good story, who is not fazed by daring projects. It makes no difference whether they are feature length films, music videos or shorts, animation or live action. It was already clear back in 2006, when this Catalan woman graduated from the National Film and Television School, that she would go on to create a stir.

The team’s initial idea was to shoot a documentary featuring testimonies from the victims of the massacre, but the authorities kept preventing filming. It was the victims themselves who suggested interviewing the killers, whose atrocities had gone unpunished after the slaughter.Although her works had already been shown in the Berlinal, Tribeca and Annecy Film Festivals and broadcast by the BBC, Channel 4, Canal+ and MTV, it is The Act of Killing which has made her a household name. Ariadna admits that she is “surprised by the public’s reaction. It has been released in many countries… it has spent 26 weeks at the box office here in London, for example, and 2 months over in Spain too. What really hits home for me is that people recommend the film to their friends. The prizes and the positive reviews are always great, but if after all that the public aren’t going to go to see the film, or when they do see it they don’t like it, then it doesn’t really mean much”.

The documentary, directed by Joshua Oppenheimer – along with Christine Cynn and another director who must remain anonymous – deals with a subject which does not make for easy viewing: the mass murder of suspected communists in Indonesia between 1965 and 1966 told by the perpetrators. This is done by asking the killers to re-enact their crimes for the cameras, with a cast made up of neighbours and familiar faces. 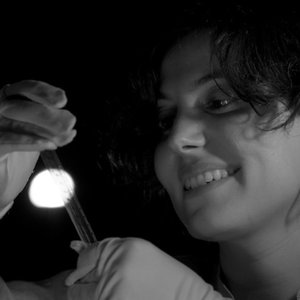 The team’s initial idea was to shoot a documentary featuring testimonies from the victims of the massacre, but the authorities kept preventing filming. It was the victims themselves who suggested interviewing the killers, whose atrocities had gone unpunished after the slaughter. To the team’s surprise, they were the victims’ neighbours. The victims were living in fear, resigned to spending day after day living alongside the people who had murdered their families. “At first the team thought that they wouldn’t want to appear on camera but the victims insisted that the murderers enjoyed gloating about what they had done. A lot of them are arrogant people who don’t think anything of recounting and even recreating the crimes they committed.”

An audacious and risky idea which presented a real challenge in the editing room: 1,500 hours of footage, which would become two final versions of the documentary, the widely distributed 157-minute version and another shorter 115-minute version.

How did you manage to work with such tough material for 9 months? Did it affect you? There were some particularly tough scenes which took a strong stomach to direct. However, the stories which are less visually distressing have a greater impact in my opinion. There are stories which have stuck in my mind, barbaric actions which I just cannot comprehend; how can a human being be capable of such things? It makes you think about human nature and how far we can go. I think that the most overwhelming thing of all was realising that, now and again, I found myself liking the people, realising that they’re coming across quite well in spite of the horrific crimes they’ve committed. Then, when I’m working, it’s not so much the horror of the images of the testimonies but the underlying issues that they raise. It made me think a lot about the nature of evil, for example. And also about a country which hasn’t come to terms with its past. I think about the connection with Spain and its past, which is what resonates most with me.

And, after all that effort, how does it feel to see the film finished at last? It’s an incredible feeling to see all of our decisions during the editing process come together in such a clear and powerful way. But it can be much harder for other people, given that some members of the team spent months planning and thinking about the themes that appear in the film. Everything was out in the open during the editing process, there are some people who come across as very arrogant and cynical in the final film but in the editing room, you see some scenes where they show some humanity and you can’t help but feel some sympathy for them.

The main character, Anwar Kongo, evolves a lot during the film. Was it a slow transformation? Anwar was the 41st person we interviewed and his contributions were filmed over a period of about seven years. He’s a very difficult character to read, very unpredictable, at times he seemed remorseful and at others he didn’t. He was chosen because he seemed the most vulnerable of all of them and, because of this, you could feel some empathy for him. If there isn’t a certain amount of empathy, it’s very difficult to tell the story of someone who’s committed such atrocities. His evolution was achieved through editing, choosing the footage which allowed the viewer to see that transformation.

A good working relationship between the director and the editors is fundamental in any audiovisual project, but I suppose that in a film with so much footage, and which deals with such a delicate theme, it becomes even more important. Yes, in this case the director’s job has proved crucial. There were five editors and he knew how to take our project and make it a great collaborative work. He’s very open to teamwork and listened to us every step of the way. For example, we were all entitled to our own opinions about other people’s scenes. This is important in a project with so much material because, when you’re working, you can bear the scenes of your collaborators in mind and think about the project as a whole. It was important for the director to have very clear ideas. If he hadn’t, it would have been difficult to put the film together given the amount of material. I worked hard to involve the entire team throughout the process and make the most out of having five people who were all familiar with the footage. It’s something I really appreciate.

There are stories which have stuck in my mind, barbaric actions which I just cannot comprehend; how can a human being be capable of such things? It makes you think about human nature and how far we can go.

The Act of Killing has won several awards since its release. Berlinale, BAFTA for Best Documentary, Documenta Madrid, European Film Awards, Sheffield, Toronto and IndieLisboa to name but a few. And, at the time of interview, it is also nominated at the Independent Spirit Awards and at the Oscars. We have to ask, what does it feel like to be nominated for an Oscar? “Crazy” says a llaughing Ariadna “since I was little I heard people talking about the Oscars and for a film I’ve worked on to be nominated is just a dream come true”.

A dream come true indeed, but one that will find her still working hard. While we are all waiting to find out who the winners will be on the 2nd of March, Ariadna is splitting her time between three new projects. She has just edited Sheila Marshall and Kris De Meyer’s Right Between Your Ears, an exploration of the human mind and how people deal with the mistakes they’ve made and the crimes they’ve committed. And she’s also currently working on Seeing Answers (working title) with the artist Marcus Coates and Estate about the gentrification of Hackney in Andrea Luka Zimmerman’s East London. These are bold and original projects which provoke both reflection and debate. And we wouldn’t expect anything less.