We live in a world with an extraordinary amount of diverse data yet not all data is created or perceived in the same way. We find real-time data, historical data, scientific data, digital data, memory data, the list goes on.

“Glut Data”, 1986 is a work created by Robert Rauschenberg, an American painter and graphic artist whose early works anticipated the Pop Art movement. He also worked with photography, printmaking, papermaking, and performance.

His approach was sometimes called “Neo Dadaist,” a label he shared with the painter Jasper Johns. Rauschenberg was quoted as saying that he wanted to work “in the gap between art and life” suggesting he questioned the distinction between art objects and everyday objects, reminiscent of the issues raised by the “Fountain”, by Marcel Duchamp. At the same time, Johns’ paintings of numerals, flags, and the like, were reprising Duchamp’s message of the role of the observer in creating art’s meaning.

Asked to comment on the meaning of the Gluts, Rauschenberg offered:

“It’s a time of glut. Greed is rampant. I’m just exposing it, trying to wake people up. I simply want to present people with their ruins…I think of the Gluts as souvenirs without nostalgia. What they are really meant to do is give people an experience of looking at everything in terms of what its many possibilities might be.”

The exhibition “Glut Data” is a tribute to Rauschenberg’s art practice by curators Ernesto Canovas and Gracjana Rejmer-Canovas featuring their own works and pieces of Stephanie Sommet, Liam Allan and Robert Cervera. A collective show at ASC Gallery in South London. The gallery aims to engage with new audiences and promote contemporary art to a wider public. 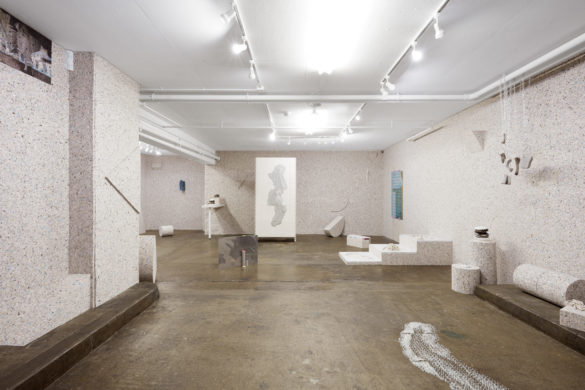 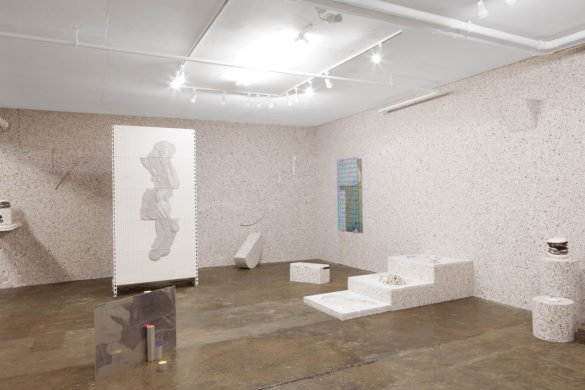 Stephanie Sommet is taking a childhood memory about her grandma’s cooking, taking the experience to the next level of interpretation and translating the metaphor of cooking a burger from a recipe (“data”) to clay cooking, with visual results but totally different outcomes.

Liam Allan’s pieces are part of a new body of work that uses rifle range targets as a metaphor to assess the data driven goal structures that increasingly affect an array of individual and societal aspirations.

Ernesto Canovas’ work is based on data gathering from the internet and a collection of old images (historical data) once these images arrive to the studio they are manipulated, he forgets the source of the original image taking them to a point of abstraction.

Robert Cervera‘s work partakes in a fascination with the materiality around us and within us. A recurring interest is the dialogue between the molecular and the molar: formlessness and flow entering a dialogue with form, structure and systems. More recently, this has opened an enquiry into the ways we contain and organise shapeless assets such as water and data, and how they are materially related.

Gracjana Rejmer-Canovas’ work is based on a representation of the surroundings, depicting the nature of shapes, objects, colors and forms, collected data. Her intension is not to illustrate nature or make a portrait of it – rather, by using abstract forms she creates a generalization; an impression of what she sees.