“Translation” By Seth Insua / Chapter I

Mum thinks I’m going to be mugged. Her warnings lost in the deep English rumblings of the car, great green English blanket thundering past, soft grey English canopy of the sky.

Hundred tired drones and me, scribbling this. Distracting myself. Hate the airport. Conveyor belts whirring, intercoms shrill, wide eyes touristing. So resembles the rat-race from which they escape.

For me, it’s not about escape. Supposed to be an explorer. Explore a country and a part of myself. Blood in me to honour. 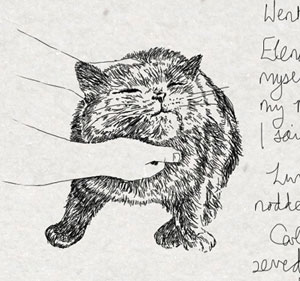 But something stopped me preparing, aborted attempts to learn the language, naively grow a second self. Months flew, trip closed in. I was still the same.

Airborne, I flicked through my Spanish phrase book. Fazed myself, learned little. Dozed and dreamed nervously of being stranded, unable to speak, alone.

Adriana there. Tall, dark, well-preserved. Eyes quick, tight, controlling. Greeted me; I parroted pleasantries. Then the onslaught: blur of familiar alien words ripped from her lips. I said I was sorry. Blinked and shook my head. But we laughed.

Off to terminal 2. Picked up my travel pass. Adriana repeated every question and I shrugged and mumbled, broken Spanish.

Introduced to Carlos. Almost handsome, Latin-dark – severe, heavy-browed sort of look. Slight paunch he grabs and slaps like joking will make it disappear.

We’re about 10 mins from centre. Adriana’s apartment spacious, modern, cool hot-country smell following you in from the stairs.

And full of familia: Carlos’ sister, Juliana, his tiny, arm-punching double-act. Hugs me. Deodorant in my face. She’s off on a run, jogs out the door. Then Adriana’s big-boned sister, Elena, there for lunch with her small, ratty husband and twin daughters.

I stood and stood, wanted to do it properly, make friends, fit in. But my tongue was tied up.

Writing this in my room. Need to go back, venture back to the kitchen.

Feel rude. Maybe they’re not thinking it. Went back and stood and grinned at events I didn’t understand.

Elena smoking outside on the balcony. She called me, asked me about myself, my studies, my Dad. She speaks a bit of English, but my responses got lost. She introduced me to her cat. Called it cat. I said gato and we stroked it together in silence.

Lunch. Conversations back and forth exhaustingly until about five. Almost nodded off at the table.

Carlos and Juliana drove me to the station to book my ticket onward; we couldn’t do it online. Then we met Adriana’s new man, Tito. Adriana served up fishy supper. White nubs floating in broth. Lukewarm. How I imagine curds and whey.

In bed. Only half a day and it felt like weeks. That’s what they call the language barrier. And now I can’t sleep.

Somewhere by the River Thames: Don Quijote in London