‘I Will Miss You When You’re Gone’, by the Canadian writer Jessica Moss, is a dark comedy about grief, isolation, connection, and mental health. Discover the new production of Starbound Theatre at the Hen & Chickens Theatre in Highbury & Islington this September. 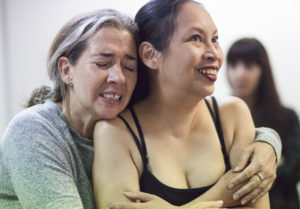 Celeste tries to contact her dead mother Theresa, but instead is haunted by Evelyn. Evelyn jumped off the top of her office building, run by Robin. Robin just wants to get these files in order, until the spirit of  Theresa shows up. Four women and a Roomba will bring this lonesome country song about grief and bureaucracy to the stage from 18-29 September 2018.

Starbound Theatre is a brand new, international, London based theatre company focused on the theme of identity. It aims to explore who and what we are – as individuals, actors, and human beings – through human-led stories found in classic, contemporary, and brand-new writing. Additionally, it aims to support and nurture diversity in its work, and endeavours to celebrate women’s voices both on and off the stage.

“Personally I connected greatly with the depiction of grief and how it can take over you in waves, even long after the events that caused it. I also love that it’s a play about women ultimately supporting and helping other women, and find it has an interesting approach to things like mental health (and even suicide). We live in an increasingly isolated society, in spite of digital connections growing every second, and it’s easy to lose touch with real people, with each other. We’d like to spark a conversation and move people who may or may not have been through similar experiences.” 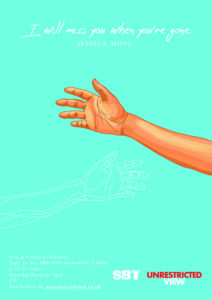 ‘I Will Miss You When You’re Gone’

The Maria Jose Jove Foundation takes the challenge of launching an award in the therapeutic, artistic and human emotional field