Once again, Brit Es Magazine is a Media Partner of JUSTMAD, Spain’s flagship art fair dedicated to emerging and young artists which presents its 10th edition in Madrid from Tuesday 26 February until Sunday 3 March 2019. More than 60 exhibitors from across Europe and the Americas participate in this anniversary edition of the fair, which takes place at the Palacio de Neptuno (pictured), located in the heart of the art district of the Spanish capital.

Directed by Semíramis González and Daniel Silvo, JUSTMAD takes place during Madrid’s annual art week, occupying a unique role in the the city’s cultural landscape as one of Spain’s most important platforms for the promotion of young, emerging artists and the most innovative new ideas.

Over the past 10 years, JUSTMAD has been a place to discover the cutting edge of art, acting as a crucial instrument in feeding the market with bold new talent, both in Spain and abroad. Galleries such as Sabrina Amrani (Madrid), Espai Tactel (Valencia), José Robles (Madrid), Catherine Bastilde (Brussels), Galería Vermelho (Sao Paulo), Nuno Centeno (Porto), Kubikgallery (Porto) and Zinc (Munich-Berlin) are among the galleries that have grown enormously since JUSTMAD’s support for them in the early days of their success and reputation.

After seeing a 28% increase in sales in its last edition, JUSTMAD now prepares for the next decade, with a notable increase in participants in the 2019 edition as well as a greater internationalisation in its programme, with galleries from countries including Austria, Brasil, Cuba, France, Italy, Mexico, Portugal, Spain, the UK, Uruguay and the USA. To mark its recent expansion beyond Spain – with the first edition of JustLX taking place in Lisbon in May 2018 – JUSTMAD 2019 sees a special focus on Portugal, with twelve Portuguese galleries participating.

The fair continues its commitment to actively developing young artists and launching them into the contemporary art market, through its artist residency programme, this year led by Spanish video artist Spanish Eugenio Ampudia. Cultural institutions from the Balearic Islands, Canary Islands and Basque Country also participate in this year’s fair, as do major art foundations such as Fundación Enaire and Fundación Pilar Citoler.

JUSTMAD is also the fair in which to begin collecting, helping young people to encounter and engage with the most interesting contemporary art with confidence, discovering quality and critique. The platform is committed to developing and nurturing the future generation of leading art collectors, through initiatives such as its Young Collector Award.

“We have been on the frontline of everything that the country’s artistic sector has been through over the last 10 years. Despite being born in the midst of the most severe crisis of our era, JUSTMAD’s resilient upward journey in many ways reflects Spain’s recovery. We are dedicated to feeding the global art market with the best new talent – nothing is greater testament to this than seeing the heights to which artists and galleries we work with reach in following years.”

“Our role in developing the emerging art market is not just about promoting young artists – it is also about supporting the next generation of collectors that will drive the artistic economy of the future. In addition to youth, there are some other crucial trends driving in the global market, such as the representation of female artists, to which JustMad has always been committed – the majority of our programme is female, which is an important step for the creative economy.” 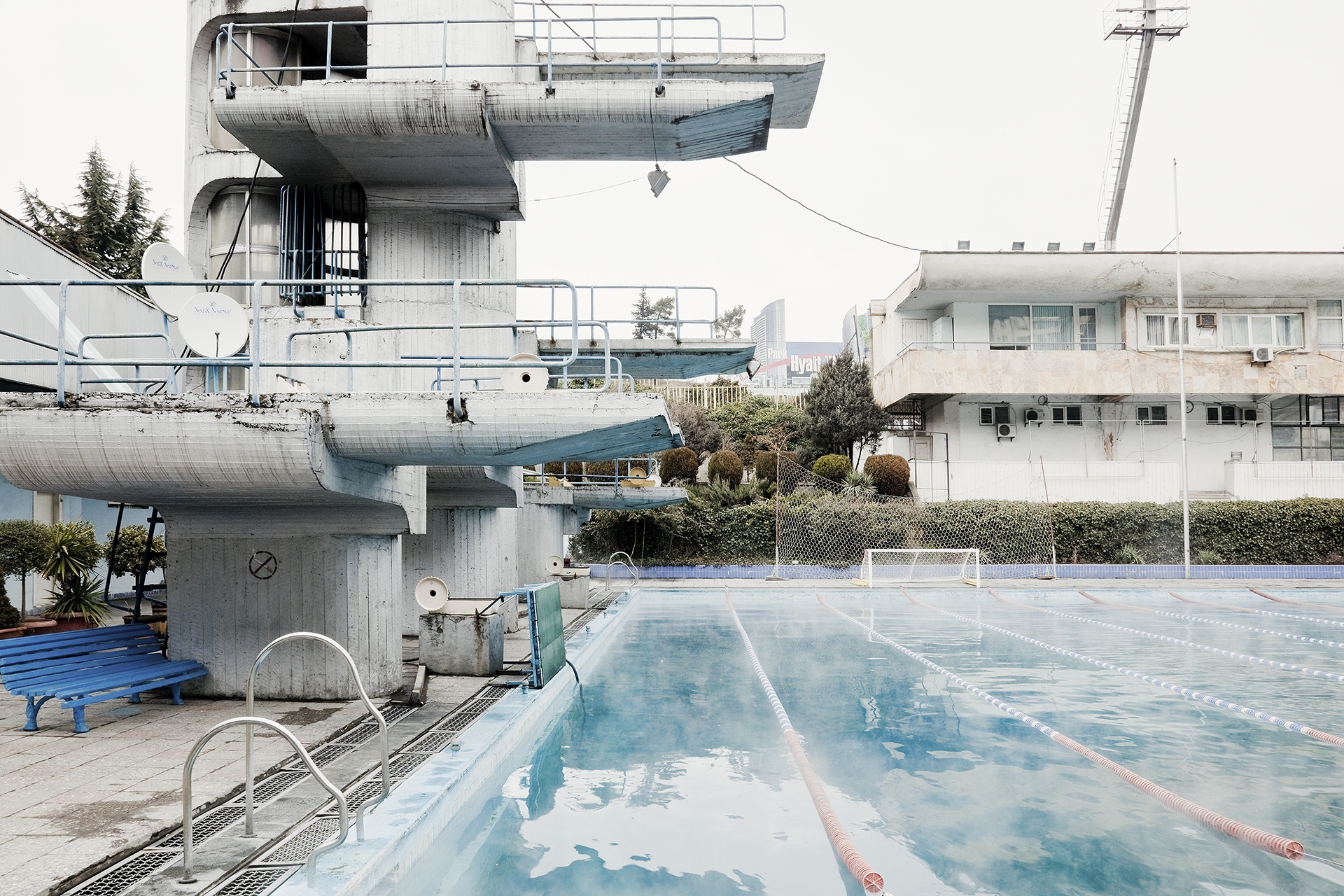 JUSTMAD presents a selection of important Portuguese galleries in the section SOLO PORTUGAL. Directed by Lourenço Egreja, curator of JustLX, which took place for the first time in May 2018, this special section looks to strengthen the Portuguese presence at the Madrid fair and bring the artistic worlds of Spain and Portugal closer together.

Among the arts institutions participating in JUSTMAD are Cabildo de Lanzarote, which brings works by artists from this Canary Island to the fair; the Institut d’Estudis Baleàrics –Illenc whose stand presents artists from the Balearic Islands; and the Universidad Francisco de Vitoria, whose programme EMERGE, curated by Francisco Carpio, aims to launch the artistic careers of students from this Basque university.

Publishers such as Libros del Zorro Rojo, Fueradcarta and VEGAP also present their books at JUSTMAD 2019.

The residency takes place from 21 January 2019 at Espacio Oculto, Madrid, with the resulting creations to be presented as new commissions at JUSTMAD. 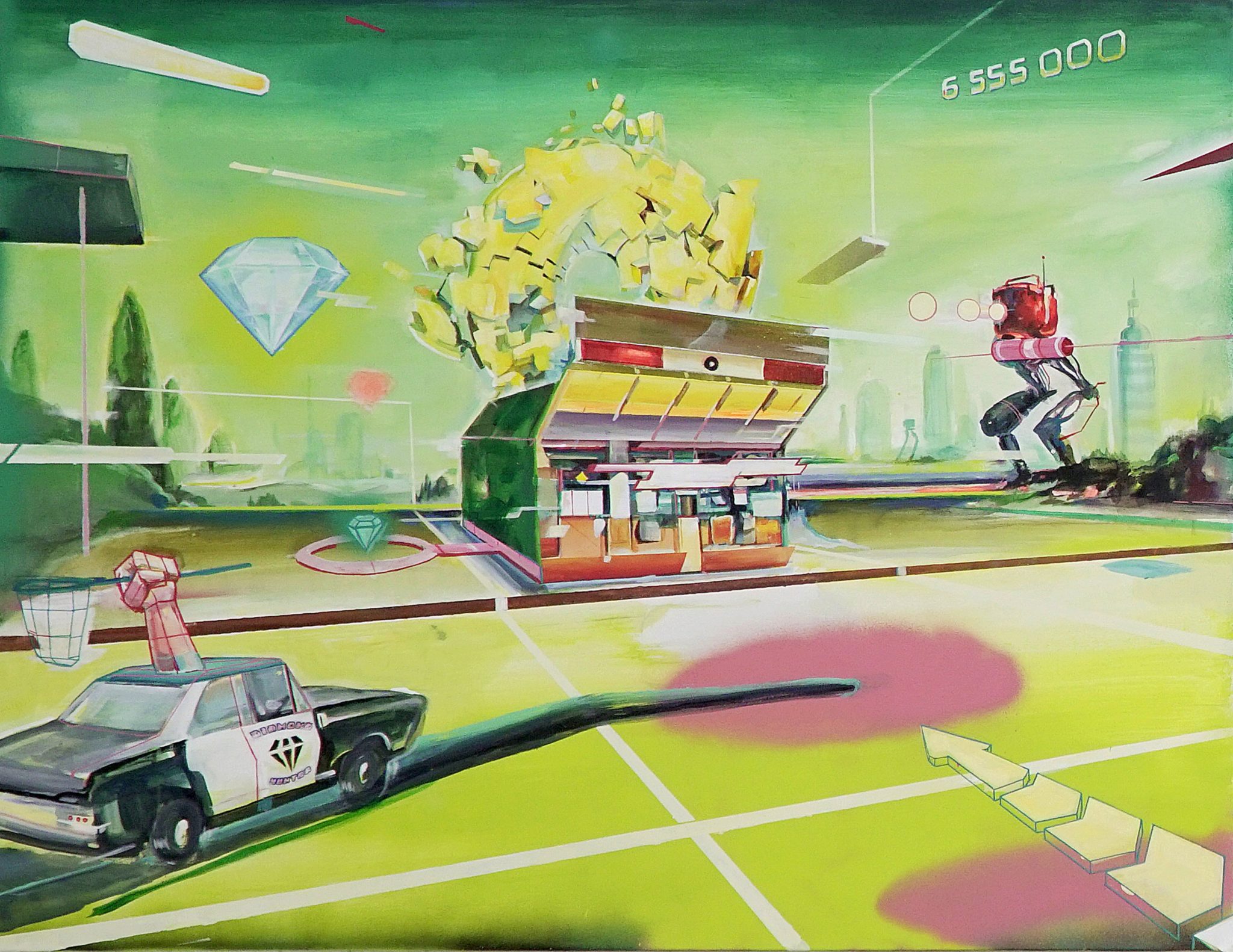 Eugenio Ampudia is one of Spain’s most internationally acclaimed video artists and has exhibited in countries including Germany, Jordan, Mexico, USA, Philippines and Cuba. His multidisciplinary work examines the role of the artist as a promoter of ideas, the political role of creators, the efficiency of spaces assigned to art, as well as the analysis and experience of those who watch and interprets them. Ampudia’s work was supported by the Delfina Foundation in London in 2008. He recently exhibited his latest productions in his solo show at the gallery Alcalá 31 in Madrid, curated by Blanca de la Torre. Past editions of JUSTMAD’s residency programme have been led by artists and curators such as Carlos Garaicoa, Asier Mendizábal and Andrea Pacheco.

As in past editions, several prizes at the fair recognize the work of participating artists and also promote collecting among the new generation of art lovers. A number of acquisition awards from different art collections offer important accolades of different values, including the prestigious DKV Collection, which awards its prize to a Spanish artist displayed by one of the fair’s participating galleries. Other acquisition prizes are awarded by art collections including Room Mate Hotels, Oliva Arauna, Rucandio Collection and TMF Collection.

The Young Collector Award, led by the Pilar Citoler Foundation, will grant the winner €1,800 which must be used before the end of the fair to acquire a piece they desire from any of the participating galleries.

The Enaire Foundation’s Young Photography Award allows the winner to work under the mentorship of photographer María Primo. Following a period of investigation, the resulting photographic project will then be exhibited in a prestigious art centre in Madrid.

Exhibition: A conversation between Pedro Paricio and Pablo Picasso at Halcyon Gallery