Exhibition: A conversation between Pedro Paricio and Pablo Picasso at Halcyon Gallery

Halcyon Gallery presents a new exhibition by contemporary Spanish artist, Pedro Paricio, Paricio – Picasso. Over two years in the making, this seminal exhibition sees Paricio take up the gauntlet through new paintings, sculptures, works on paper and print, that are both a dialogue with and a homage to one of the greatest artists in history, Pablo Picasso. Paricio takes his inspiration from David Sylvester’s provocation: ‘Picasso is the one to beat, Picasso is the fastest gun in the West, the one every budding gunfighter has to beat to the draw in order to prove himself’ (David Sylvester, About Modern Art: Critical Essays, 1948-1996, 1997)

Seeing Picasso as inspiration, an artistic idol and mentor, Paricio has crafted an intriguing and captivating exchange with one of the fathers of modernism.

‘I like to think there’s a torch that’s passed on from one artist or generation to another. We inherit the fire from our predecessors and duly bequeath that fire to our successors’
Pedro Paricio, 2018

Paricio is known for his bold and dynamic use of colours that mesmerise and entice his audience’s senses, transporting them into the artist’s world. Building on the success of his critically acclaimed Dreams (2016) exhibition, Paricio returns to a familiar theme explored in his inaugural Halcyon exhibition, Master Painters (2011), firmly establishing his artist lineage in the appropriation and re- interpretation of past masters. This time he sets his sights on the artist he describes as the ‘monster of modern art’, Picasso.

‘He’s the father figure I wish to confront … In art, it’s not a question of defeating anyone … that competition is always “with” another artist rather than “against” him.’ Pedro Paricio, 2018

The series approaches some of Picasso’s most influential artworks, including those from the blue and rose periods, cubism; classicism; surrealism; the recognisable image of Marie-Thérèse; the war years and landscapes. Paricio approaches the master’s work through a dazzling array of hues, which have become the young Spanish artist’s signature style. 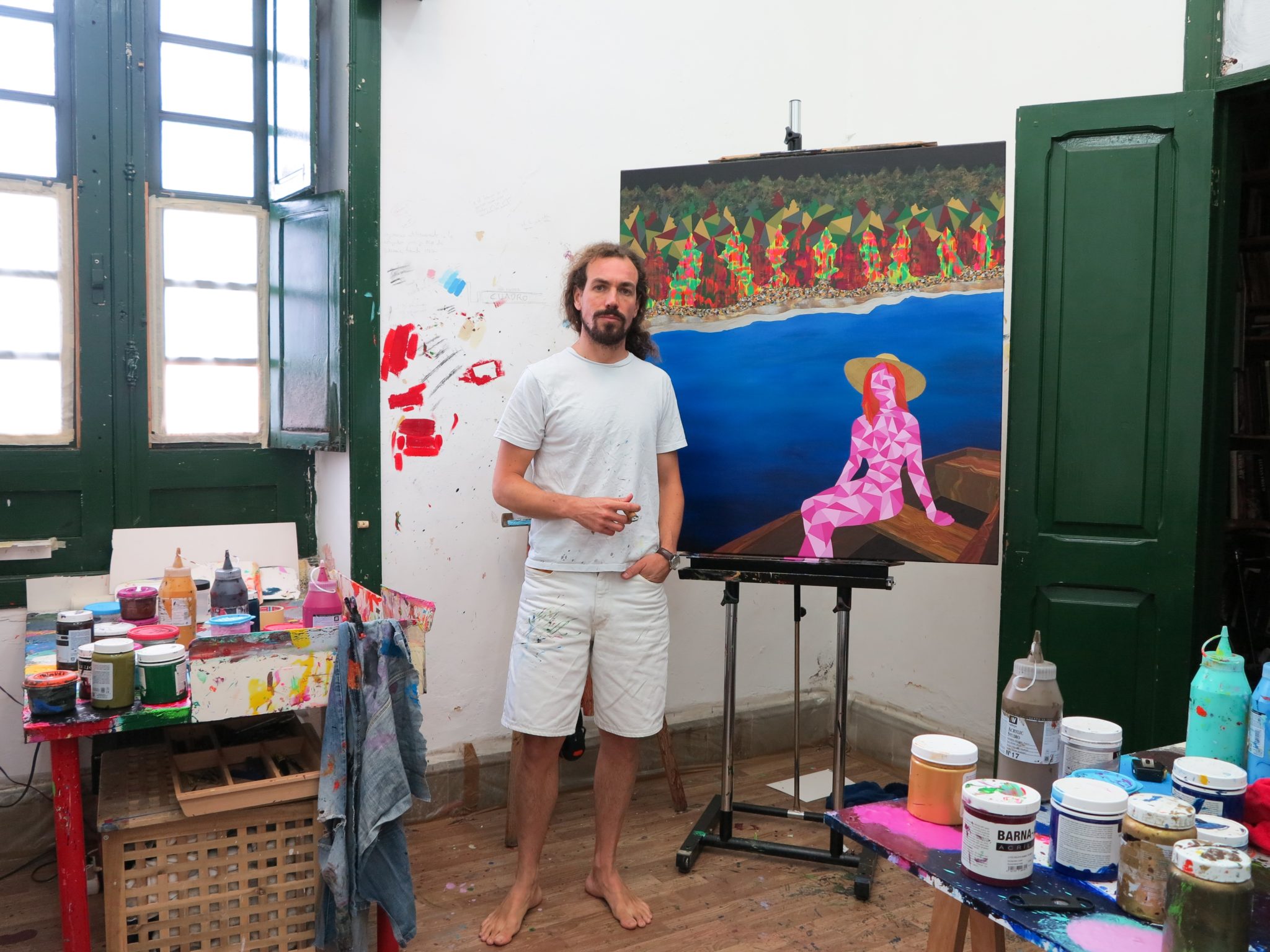 One of the pinnacles of the series is Paricio’s undertaking of the momentous Guernica. This famous anti-war masterpiece is one of Picasso’s most recognised paintings. Paricio began his approach in 2017, the 80th anniversary of the bombing of the town of Guernica. A symbol of social and political freedom and the terrors of war, this masterpiece still provides a mirror for the issues of today. Paricio configures his response to the work by deconstructing the painting into seven different vignettes. By focussing on certain characters from Picasso’s narrative, Paricio draws the viewer’s attention to their individual struggles and highlights their particular roles in the epic drama.

‘Paricio transforms Guernica — the work and the image — into a kaleidoscope of colour; he separates figures and places them in this suspended space, stripping them of characteristic qualities and adding hints of Francis Bacon – another recognised feature of his painting’.

Always striving to challenge himself, Paricio has reached a pivotal moment in his career where he is able to confront himself as an artist and his place in art history. This year marks Paricio’s eighth anniversary with Halcyon Gallery. Paricio was the youngest artist to sign with Halcyon Gallery at only 28 years of age and he has since been named the ‘freshest thing in the emerging contemporary art world in thirty years’, by Juan Manual Bonet, former director of the Reina Sofia in Madrid. Francesca Gavin named him as one of the 100 Best New Artist (2011). Paricio’s paintings are held in prominent private collections around the world, and he enjoys international recognition following exhibitions throughout Europe and the United States.

The exhibition includes 30 new paintings, 10 sculptures, 10 works on paper, and a series of prints. This exhibition will also include original painting prints and ceramics from Picasso that act as the window to the past and contribute to the dialogue with the Spanish master.

“A fountain that seeks a river” Javier Chozas at Chalton Gallery