London Dramas II: The Trick that makes me Smile

Living in Dalston, in north-east London, means you end up a long way from a lot of things. Above all, from north-west London.

In Dalston, gravestone-white is the predominant colour. Day or night, you walk around in a living cemetery. At 9am, the streets are populated by a bustling crowd, many taking the bus or heading for the overground station, café latte in hand. Others wander around the market or take out cash from an ATM. Few people stay at home at 9am on a Tuesday. But my friend does.

I didn’t know anything about anything until I came to London. Or, what I mean is, I didn’t know that I knew anything. You can spend your life passing exams and not know the trick – the absolutely vital trick – to getting the foam on top of the milk you’re heating for a cappuccino. That’s something I’ve learned in this city, a city where nothing makes you think that you are, in fact, living on an island. 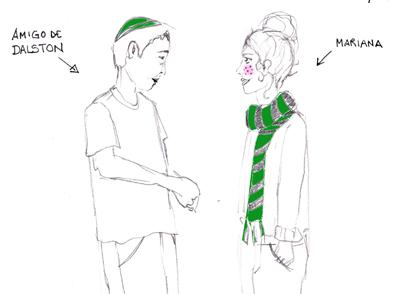 Conversations with other people are pretty strange here, although you do always end up talking about the weather. I prefer the conversations that avoid that topic, like the other day when I was talking to my friend from Dalston.

“Do you celebrate Christmas?”

“Yes, it’s quite a big thing, actually. Being Jewish in a city like London, you can’t get away from the lights and the trees. That’s what my parents taught me. At home we combined Christmas and Hanukkah, our festival. Until I was six, I thought Santa Claus was Jewish, and when I found out that he wasn’t, I ran into the kitchen and, rather alarmed, asked my parents ‘Why does a Catholic come to our house at Christmas?’.”

My friend’s face breaks into its all-encompassing grin, and I feel as though the whole city is jealous of me. But we are alone in the tiny Italian restaurant where we always go out for dinner together. There is only a solitary waiter watching us. He cannot know what I feel when my friend smiles. No, he’s only watching us because he knows that we’ve nearly finished our gin and tonics.

I, Mariana, am the only person in the room who knows that my friend is a  secret. A giant one, that the whole of London would kill to know, but I’m lucky and London hasn’t noticed it yet . I content myself with scrutinising his gestures. I ask, “How often do you wash your hands?” and he answers honestly, without judging my curiosity. I don’t know what I’m playing at deciphering in him. Poor thing. He has absolutely no idea of what I’m capable of reading into him. I even seem to see faces in the depths of his pupils, the faces of other people, like the passers-by in the glass counter of Patisserie Valerie, where I worked for a while when I first arrived in this city. 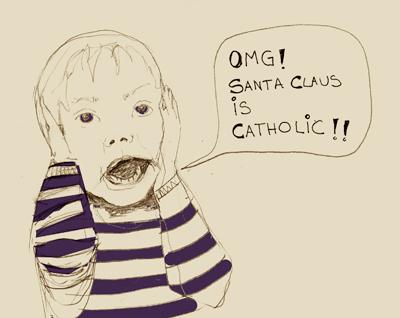 We kiss because he asks me to. It’s always the same. ‘Hug me’, he says. And I do. ‘Do you mind if I kiss you?’ And I let him, although I prefer listening to him. The last time I saw him, I felt as though I was having dinner with Homer. My friend has lived in so many different cities and spoken to so many different people that when he talks, even if it’s about something as mundane as his father’s digestive problems, his speech resonates with the song of crickets on a July sunset in Sicily or the smell of burning wood that fills the winter air in Berlin. I don’t think I will ever be completely alone with my friend: it will always be impossible to forget the background noise that travels with him, wherever he goes.

My friend is large, he weighs 95 kilos, 15 stone. When I like something a lot, I think, ‘This is 15 stone great’. I told him one day, and he broke into that grin that I mentioned before. He doesn’t know what that smile makes me feel either.

I’ll have to flee from this city to understand something, of that I’m sure. To be aware that I’m changing. To understand the trick, not of the milk this time (I’ve got the hang of that now). The other one.

My friend is a composer, and on Tuesdays at 9am he stays in his room in Dalston, in north-east London. I leave his flat, after spending the night glued to his left ear, into which I imagine that the melodies creep, for him to transcribe them later. If I could hear them directly, I wouldn’t tell anyone. I’d get up at 9am, get dressed and leave the flat in silence. Inside my friend there are many different people, and many demons, and I wouldn’t want to wake them for anything in the world.

It’s cold at 9am, in this waking cemetery, but it doesn’t matter, because today I’m closer to the enigma that lives inside my friend.

Dalston is far from where I live, and during the 45 minutes on the overground I think about things that are really important to me. Not about my friend, or about love, but about surviving a night in a campaign tent in Wales or learning how to be a good waitress. When I get to Kensington Olympia I don’t have to think about my friend or the secret, because it’s something that is already alive behind my eyes, something that some other creature has spied, without me even realising, and it too can see the faces that I jealously hide behind the shop-front façade of my eyes.

I’ve nearly got the trick. I know more than I let on. But until I flee from this city, I’ll have to keep it to myself.

My name is Ámbar and according to numerology I am a number five: “the number of restlessness and action. A symbol of freedom, adaptability, of an adventurous and wandering spirit, but also of inconsistency and overindulgence of the senses.” I can tell you even more myself, like how I always have cold feet and how I’m crazy about dogs. Soup and cheese (of any variety) make me happy, together with a good book and a lot of coffee to get me through the morning. I have a varied academic background but suffice to say that I come from the field of humanities and I am passionate about languages and literature. I am a hardened nostalgic, and people often call me a softie or even a sissy. My objective in life is to have a comfortable sofa on which to watch good films in good company.

Lady Gonzalez by Celia Arias: Everyone’s talking about it