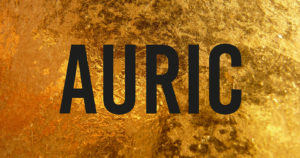 Masks For Music is an innovative opportunity offering all global music industry professionals a way to help relieve Pandemic financial insecurity, with a new affiliate solution.

Can you reminisce about the last event, music festival, or performance space you went to before the Pandemic began? Does the memory make you smile?

END_OF_DOCUMENT_TOKEN_TO_BE_REPLACED

We have a wide variety of articles and interviews from our printed issues, released on-line now, to help our readers to spend some time reading due to the confinement caused by #COVID19. Like this one, about Spanish Pop Music and its surrounding culture, written by Luís Miguel Flores for Brit Es Magazine printed issue #0Dreams, December 2016. Illustration by Pablo Je Je.

Just like its ever-circling, twanging, ringing guitars, dream pop keeps coming back. The last two or three years have been especially good, with compilations such as 2016’s “Still in a Dream (A Story of Shoegaze 1988-1995)”, the return of pioneers like Ride, Slowdive, Lush or -in the case of Spain- Automatics; and the adoption of this religion by new believers like I Break Horses, No Joy, Wye Oak…

END_OF_DOCUMENT_TOKEN_TO_BE_REPLACED

DOC’N ROLL FILM FESTIVAL PREMIERES ‘MANCHESTER KEEPS ON DANCING’ IN LONDON, A DOCUMENTARY FROM JAVIER SENZ ABOUT THE EXPLOSION OF HOUSE MUSIC IN THE ENGLISH CITY.

Directed and produced by Zaragoza native Javier Senz, ‘Manchester Keeps On Dancing’ is a documentary that takes a look at how house music got started in the city of Manchester during the 1980s. It serves as a reminder of just how important this city was as the first music scene in Europe to import house music from the north-eastern United States, before going on to expand this brand-new genre. The story is told by the DJs themselves, not to mention the managers of nightclubs like The Haçienda, which were responsible for taking house music to the heights it reached. It also features names from today’s scene, who are keeping the spirit of house music alive.

It all started with a DNA test.

A sample of saliva that would compel Puerto Rican rapper René Pérez Joglar (a.k.a Residente) to embark on an immense journey of self-discovery. A genetic revelation that would force him to walk away from all the fame and fortune of his internationally-acclaimed hip-hop outfit Calle 13, in order to reconnect with his ancestral roots…

Since 2001, Matthew Herbert has performed all over the world with his big band, from Montreux Jazz Festival to Trafalgar Square, from the Hollywood Bowl to the Sydney Opera House. For the last few years, however, the band has taken a backseat to more of his experimental work made out of pigs, bombs, and bodies. Now in 2017, Herbert has announced that he is to restart the Big Band in response to the challenges of Britain’s departure from the European Union.

The 2nd edition of Echoes Festival takes place from 25th September to 11th November across some of London’s most prestigious classical music venues, including the Barbican, St Martin-in-the-Fields, the Wallace Collection, St James’s Piccadilly, and The Other Palace.

Made up of artists from Seville, Barcelona and London, Jazzoleá captures the mystery of Flamenco, channels it through that ever changing phenomenon we know as Jazz and adorns it with a dance form which merges the spirit of Andalusia with the rhythm of swing. Esther Weekes combines these two dazzlingly masterful talents, singing & dancing, in this unique & spell-binding collaboration.