‘That’s right, they said. What you are is a woman. Possibly not human at all, certainly defective. Now be quiet while we go on telling the Story of the Ascent of Man the Hero.’ 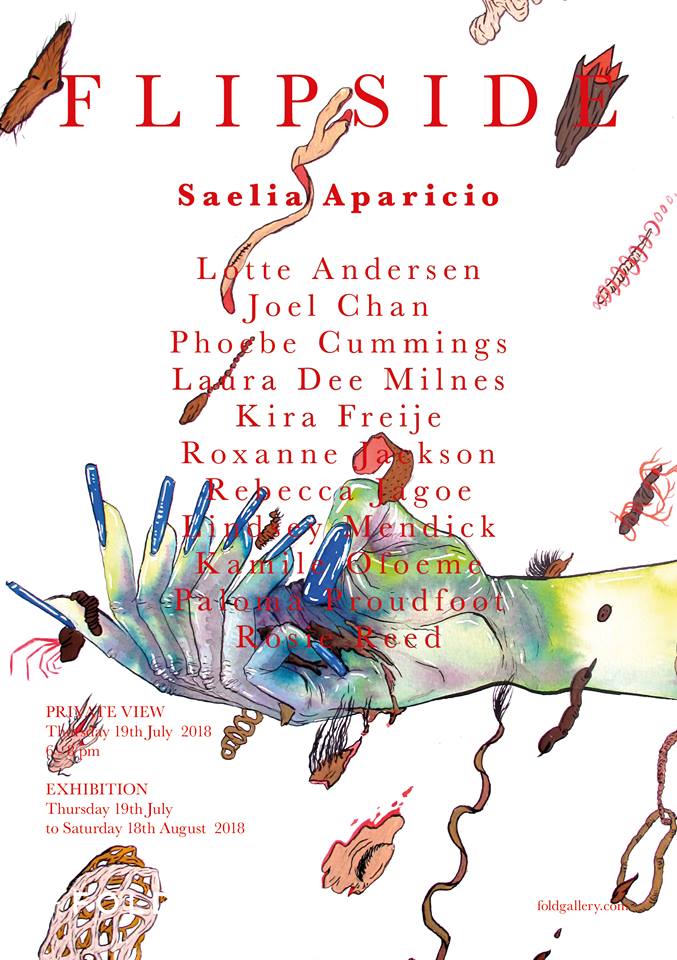 FLIPSIDE is inspired by Ursula le Guin’s essay, The Carrier Bag Theory of Fiction. In this essay Le Guin challenges the over-told and exhausted ‘Story of the Ascent of Man the Hero’, that is the narrative of early human survival through male heroism and hunting. She argues that this view stems from the Palaeolithic, Neolithic and Prehistoric times when the hunter-gatherer would return home with meat and a story, in which he portrayed himself as a hero.

Le Guin takes a different view as she reminds us that the main way that human beings stayed alive at that time was by gathering seeds, roots, berries, leaves, nuts and grains. This indicates that the most important tool for survival must have been a vessel or container to hold gathered products, rather than a stick or a spear to poke and hit with. Le Guin refuses the linear, predictable and masculine notion of a ‘Hero’ and his ‘story’ and his sword. By adopting the carrier bag as a cultural device, she celebrates and encourages a more complex and unresolved narrative, made up of many different voices and experiences. The carrier bag allows space for everyone’s voices and narratives to interlace, intertwine and together contribute to a larger, more complicated mosaic.

‘I don’t know. I don’t even care. I’m not telling that story. We’ve heard it, we’ve all heard all about all the sticks and spears and swords, the things to bash and poke and hit with, the long hard things, but we have not heard about the things to put things in, the container for the thing contained. That is a new story. That is news.’

‘I came lugging this great heavy sack of stuff, my carrier bag full of…beginnings without ends, of initiations, of losses, of transformations and translations, and far more tricks than conflicts, far fewer triumphs than snares and delusions; full of spaceships that get stuck, missions that fail, and people who don’t understand.’

It has been a privilege to work alongside such brilliant and inspiring artists.

Saelia Aparicio is one of the artists featured at this exhibition at Fold Gallery in London.

Alvaro Deprit is one of the 28 EU photographs featured at ‘Another Europe, an exhibition exploring the diversity of European Heritage.