A fortnight before the start of the second edition of Iberodocs, Scotland’s Ibero-American documentary film festival, we caught up with Mar Felices, the festival’s artistic director. She suggested we go to Blackford Hill, a volcanic formation in the Hermitage of Braid nature reserve, with panoramic views of Edinburgh. Camera and notebook in tow, we climb the hill and then go on to her picturesque house – a large, beautiful building where we find antique furniture, sewing machines and her beloved housemates – all three of whom are British. She shows us the kitchen, which they call the Bermuda triangle – a glass of wine and good conversation can make it difficult to get out of there. It’s a frequent problem.

Felices is from Seville, and there is something unmistakeably Andalusian about her. She wears bright colours and loves accessories, but there are also subtleties to her – she’s an analytical, pensive person likes to think, and flow. I want to find out more about her. We sit down with a takeaway menu and a tape recorder…

When and how did you realise you wanted to be a storyteller?
It goes back to my childhood. When I was eight or nine I began to do something that turned out to work really well for me – I would write letters to resolve conflicts, it was my way of communicating, it was a necessity. But cinema was my passion and so I went on to study production and then audiovisual communication at university. Then I came across these observational documentaries that were being made in Barcelona, and I loved being part of that, their very relaxed rhythm where you don’t interact with the people you’re shooting, you’re like a fly on the wall, never interrupting. 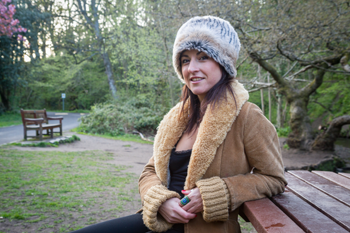 So, what’s a girl like you doing in a place like this? How did Mar Felices come to Edinburgh and get involved in the chaos that is Iberodocs?
Here I can do things that I wouldn’t have been able to in Spain. Edinburgh is a very open-minded city, one I’d always been attracted to, because I wondered how its festival could last a whole month and yet remain fresh after so many years. I lived in Paris, Ireland and Barcelona, and for five years I worked on my own documentary, The Shepherd’s Oasis. Then came the economic crisis. I had just turned 30. I went back to Seville, to my routes, and began a project about my grandfather, and met a guy. He told me about Edinburgh, I put that new film on hold, and came over. When I got here I realised I didn’t want to stop being involved in documentaries. I had found my place. I had searched for something else but as it turned out I had never stopped wanting to make documentaries.

Thinking about Seville, its traditions and folklore, what is your immediate reaction? How does that relate to the concept of ‘identity’, the subject of the second edition of Iberodocs.
Right now Andalusia is in the middle of the Feria de Abril with its gypsy costumes and bullfights, and they’ve just had the easter parades – on one hand it makes me feel nostalgic, on the other I feel I reject it. Yes, these are my roots, but where others see art I see sacrifice and obsession, there’s this internal fight inside me. And also, Seville is a city with such defined social classes, where it’s so important which neighbourhood you’re from – being from Triana is very different from being from La Macarena. In Barcelona, I was defined as an Andalusian. Now in Edinburgh I’m seen as Spanish – I’ve always had to face up to these prejudices.

Here I can do things that I wouldn’t have been able to in Spain. Edinburgh is a very open-minded city.

What is your leitmotif? What is the fuel that feeds your creative motor? What brought you to create a festival?
My leitmotif is integration, because that is the barrier that I’ve always felt ever since I was a child, that search for your own space, your own identity. In Edinburgh I started from nothing in a society that I wasn’t part of, with a language I didn’t speak. I wanted to integrate myself and I felt that a way to do that would be through the thing I know, documentaries. There was no obvious way to do that, so I decided to start a festival. I was lucky enough to meet Miguel Utray, the Spanish consul in Edinburgh, I told him about my idea and it was almost the same time I discovered Cinemaattic and I thought it would be perfect platform to bring my project to.

How do you go about working out how to put on a festival on this scale in a foreign country, in a foreign culture and a different language? Is it more about gut feelings or careful calculations?
I’m an intuitive person. Life gives me signals and I follow them. I don’t always know why I’m doing it when I do, but in time I realise why, and actually it always works out. You’ve got to follow your gut and see where that takes you. When I start a project I always finish it. 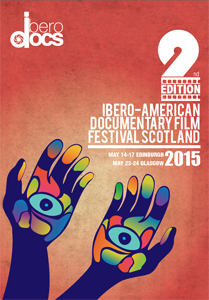 What kind of reception did the festival get? How do you feel that Scotland has reacted to Iberodocs?
Scottish society likes originality. At least 50 per cent of the films we put on are UK premieres, so they have never been seen before on these shores. For Scots, Iberoamerica and Spain means holidays, colour, energy – so I think they love that escape. The support we got last year really outstripped our expectations, and there were at least three times where we had to move into the larger screen at the Filmhouse because we had sold out the smaller room. People were even coming from Glasgow – that’s why we decided to take the festival there this year.

Indeed, after the first edition just in Edinburgh, this year you’re also in Glasgow and there are some screenings in London. How do you go about working out which films to show, and then where to show them?
There’s a few different criteria, for example Favela Gay is being shown in Glasgow because we’re taking Mala Mala to Edinburgh, so we’re looking for thematic parallels, but then in the case of Paradiso, which is about the last adult movie theatre in Madrid, or The Salt of the Earth, we just felt like you’ve got to see these in an old, traditional cinema like the Filmhouse in Edinburgh, with its acoustics, its red seats, the old carpet. Some films don’t need that and so Etxea: The Basque Word for Home for example, will be on in the CCA  in Glasgow because its director, Basharat Khan, lives in the city and actually specifically asked that it be put on there.

Of the films you’re showing, which do you most enjoy, what are your personal favourites?
I’ve got a lot of favourites, The Salt of the Earth which we had quite a job organising, then there’s The Plague, N-VI Vanishing Roadsides, Mercedes Sosa, but perhaps for me the most special is Cloudy Times. It’s a beautiful documentary, a very sensitive look at epilepsy and Alzheimer’s, with strong cinematography. It’s the debut for Paraguayan director Arami Ullón who I had the pleasure of meeting some years back in Barcelona before she started directing, and we kept in touch. We’re bringing her and of course her film, which has been winning prizes right, left and centre, to the festival so it’s going to be very exciting seeing her again after all these years. We’re going to do a Q and A session with her and Zoe Reid, who is a pioneer in the holistic treatment of epilepsy, to raise awareness and support for the cause.

I’m an intuitive person. Life gives me signals and I follow them. I don’t always know why I’m doing it when I do, but in time I realise why, and actually it always works out. You’ve got to follow your gut and see where that takes you. When I start a project I always finish it.

What do you want to be the Iberodocs’ defining feature? What’s the part of the festival you’re proudest of?
It would be bringing the film-makers along, no doubt. It should be a treat for the viewers, having the directors there, explaining how and why they created what they did. Last year I was the only director who was there, but this year we’ve got Arami Ullón like I said, plus Beli Martínez, who is an expert on Galician cinema and the producer of both Vikingland and Arraianos, we’ve also got Pela del Álamo, the Catalan who directed N-VI Vanishing Roadsides, which is just the sort of observational documentary I love, there’s Catarina Mourão, she’s a Portuguese director and we’re doing a retrospective on her work and she’s going to do a Q and A and a masterclass in the University of Edinburgh, plus there’s Carlos Eduardo Valinoti, the producer of Favela Gay, he’s also Portuguese but lives in London. There will be an event of some sort to go with every film, things like masterclasses, photography exhibitions, and we’ll have opening and closing celebrations and another event in Boteco do Brasil in Glasgow. And then actually I think it’s also significant that this year we’ve got twice as many films as last year; in 2014 we had 10 films from seven countries, now we’ve got over 20 films from 15 different countries.

What next? Will there be a third edition? In 10 years’ time where do you see Iberodocs – and for that matter, yourself? What are your other projects?
Oh yes, there will definitely be a third edition. I’d hope that Iberodocs can grow, that I can take it to different cities and countries, make the leap to Latin America, to Spain, I want it to keep growing and evolving. And I’d like for it bring in enough money that I could dedicate myself just to the festival and to my own documentaries and the workshops I teach at the University of Edinburgh, and through that, inspire others to pursue their own projects — when you do something that really means something to you on a personal level, it can only succeed.