Pinta London launches its fourth season with a very interesting program. More than 60 galleries bring together the most important artists from the Latin world.

Pinta London, an Art Fair that promotes Latin American, Spanish and Portuguese art, will be running for the fourth time next year with a record number of participating galleries. Over sixty European and American galleries will be setting up stands in South Kensington, London, in early June 2014. 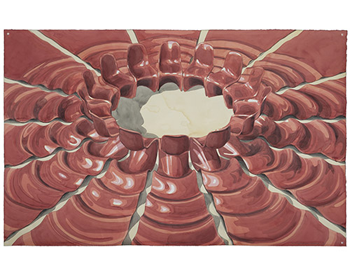 Representing the best of the Spanish Art Market will be fourteen galleries from Madrid, Barcelona, Seville and Valencia, the highlights being the Nieves Fernández Gallery, representing the artist Jordi Alcaraz, The Minimalist Gallery, representing Juan Luis Moraza, and the prestigious Ivorypress Gallery, representing the duo, Los Carpinteros. It’s the first time that Ivorypress, a Gallery-cum-Publishing House founded by Elena Ochoa will participate in an international fair, and they will be showcasing a pair of artists who are, without a doubt, one of their strongest assets. Los Carpinteros is a Cuban duo active since the early 90s and best known for transforming everyday objects into unique forms, and for creating timeless spaces. They believe in teamwork and in the benefits of influencing and being influenced by others. That’s why they are named after the Carpentry Trade, a trade associated with the working classes: they want to interact with ordinary people and to learn from them.

The Portuguese scene will be represented by the Graça Brandão Gallery and the Filomena Soares Gallery, among others. The latter will be presenting works by the experimental artist Helena Almeida, who creates photographs and extremely delicate performances based on the body and its essence in space. She was born in Lisbon in 1934 and throughout her extensive career she has been awarded several international prizes, including the Tokio Biennale Prize and the Toulouse Gulbenkian Foundation Prize.

The most important London galleries featuring Latin artists due to attend are Marlborough Contemporary and Max Wigram. High-profile Latin American galleries  Nueveochenta (Columbia), the Baró Gallery (Brazil) and the Lyle O. Reitzel Gallery (Dominican Republic) will also be attending. The Lyle O. Reitzel Gallery will be the first Dominican gallery to ever participate in the fair.

With each passing year, Pinta London grows richer and bolder when it comes to the program it runs and the projects it showcases. The fourth season of the fair will bring us activities and talks, solo shows and special exhibitions, as well as the Art Numeric Project, an exhibition focused exclusively on artworks created through the use of new technologies. The exhibition will be curated by Rolando J. Carmona, who is working in collaboration with Argentinean conceptual artist Marta Minujin and Venezuelan artists Yucef Merhiv and Santiago Torres.

The independent curator and director of the Miami Beach Art Fair, “Untitled”, Omar López-Chahoud, will be charting interesting territory this coming year with an exhibition consisting only of works by emerging artists from Central America. Artistic movements from this part of the world do not garner much media attention here in Europe, even less so when it comes to emerging artists, and for this reason Lopez-Chahoud’s exhibition will be one of the most exciting projects to be showcased at  the fair. Through it, the public will have the opportunity to encounter works by Andres Carranza, Franklin Evans, Ernesto Oroza, Federico Herrero and Hector Arce-Espasas. 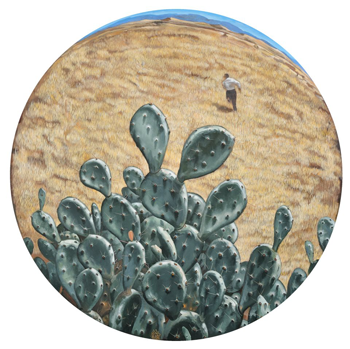 Latin art is gathering momentum in the global art market. Pinta London is, in part, a response to the European collector and general public’s need for a guide to this vast and rich artistic tradition, full of history and movements sometimes quite independent of the European traditions of the early twentieth century with which we tend to be more familiar. Further evidence of the growing interest in Latin American art in this part of the world is the increasing number of exhibitions in important European galleries. London alone will see three exhibitions of Latin American work in the near future, namely a retrospective of Argentinean artist Adrián Villar Rojas at the Serpentine Gallery, a collective exhibition called “Latin American Art in Britain” at the Whitechapel Gallery, and a homage to Mexican artist Mariana Castillo Deball at the Chisenhale Gallery. The people behind these exhibitions will be speaking at the Pinta Auditorium in June. As such, we’ll have the opportunity to hear such experts as Hans-Ulrich Obrist, Iwona Blazwick, Polly Staple, Lydia Yee, Tanya Barson, Adrian Locke and Luiza Teixera de Freitas.

This unmissable event kicks off on Thursday 12th June 2014 at 6pm, and will run every day until 9pm until Sunday 15th. The official catalogue and images of the most important artworks are available for viewing on the Pinta London website.

Art critic at Brit Es. Olga Pastor Alvarado (Ourense 1981) graduated in Art History and with a postgraduate degree in Art Market arrived in London in 2010. She realizes curatorial projects and services to galleries independently. It is easy to find in openings, auctions and other cultural events in the British capital. She is also a founding partner and CEO in Naruab and Tackycardia. Olga also has a great blog where she writes about art and many other interesting things.

Somerset House “elBulli: Ferran Adrià and the Art of Food”